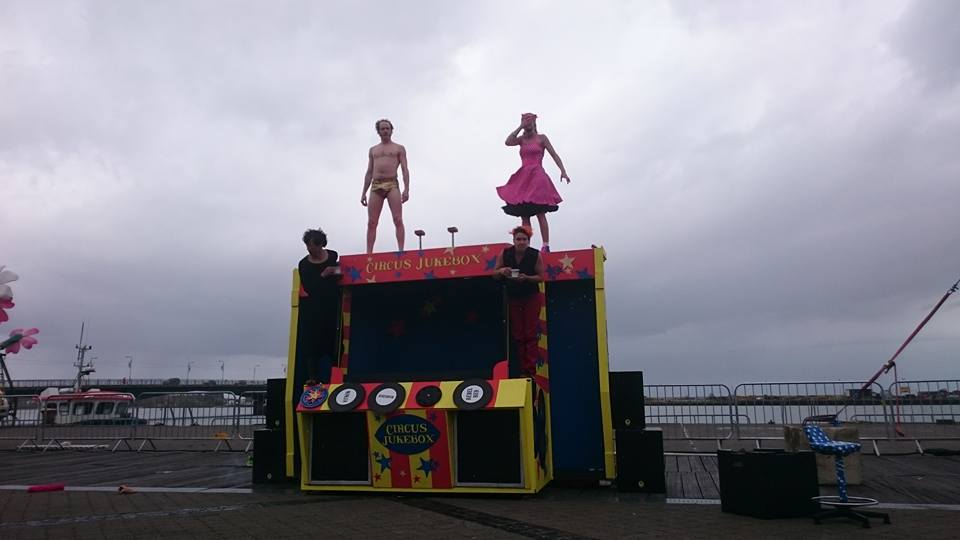 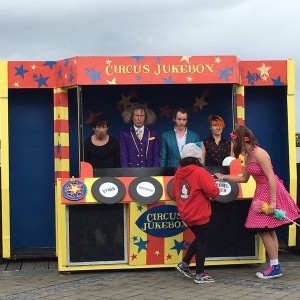 Fanzini Productions invaded the sleepy Viking town of Wexford over the May bank holiday weekend for Jestfest, a brilliant new stand up comedy and street theatre festival.  We melted faces left right and centre with shows from Professor Plunger, Circus Jukebox and Fanzini Brothers.  The festival is fantastic, full of vibe and craic and hilarious comedy, including a moment-in-time, I-was-there set from Jason Byrne.  It was like a second premiere for Circus Jukebox, as we remade the show in late March with direction from Joe Dieffenbacher.  This was our first presentation of the show with the new characters, set, beginning and epic ending. We even managed some late night carousing and have some evidence, as can be seen below.  A fantastic south eastern adventure!  Next for Circus Jukebox is a residency this month in Sea Change Arts’ brand new building in Great Yarmouth UK.  See you along the road. 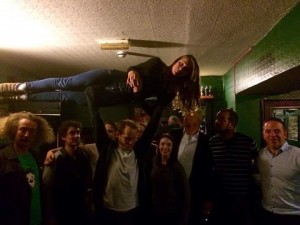